What Are The Most Dangerous Jobs?

Susan Hayes answered
At one time or another, most of us come to see the daily grind of commuting, coffee and cubicles to be mind numbingly dull. If you yearn for something that brings home the bacon with a side order of adrenaline, you could always try one of these careers. But don’t say I didn’t warn you. 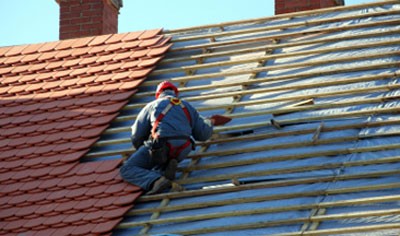 Sloping platforms, heights and rabid squirrels hiding in chimneys, is there any wonder why this gig is on the list of most dangerous ways to make a living? Injuries are common, ranging from backs thrown out lifting heavy stacks of shingles to hand and fingers hacked and slashed with the sharp edged tools of the trade.

The injuries are not the reason the fellows fixing your leaky roof are on this list though. Gravity is behind this occupation’s danger rating. Not only is there the risk of falling off the roof you are working on, but there is also a chance you’ll plummet through the old roof you’re there to fix or even take the plunge through a skylight. Falling is a sure fire way to ruin your day, unless you’ve mastered the art of sprouting wings on short notice. 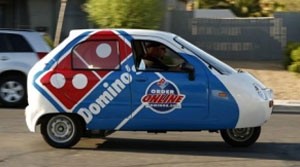 From the pimple faced kid who delivers your pizza to the semis stuffed full of six-packs, drivers are one of the cornerstones of modern society. They fetch and carry like a 50’s housewife, making sure we don’t run out of all we need to make our materialistic little lives complete. 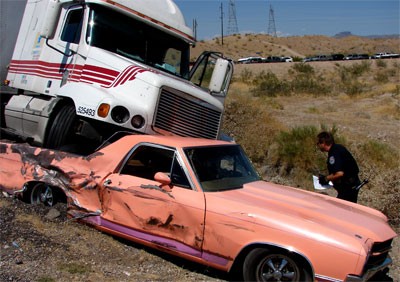 The greatest threat to those who drive for a living is sudden deceleration; the kind usually accompanied by screeching tires, screaming passengers and a loud crunching sound. Our highways and byways are a coast-to-coast demolition derby, and those that spend that much time behind the wheel are just a statistic waiting to happen. 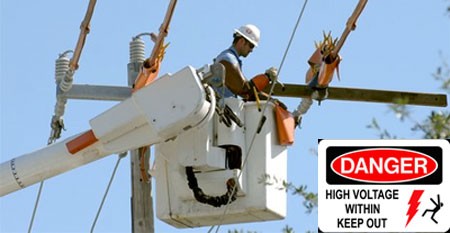 Birds may use our electrical wiring as a roost without fear of being fried, but those who spend their days keeping the juice flowing have to have a healthy respect for the voltage that runs through those wires.

This career choice is like playing one long game of Operation, only you’re both the surgeon and the patient. One wrong move and you get lit up like a neon sign as the juice intended to power someone’s X-box ends up making a break for freedom through your torso. Rain, sleet and snow add to the challenges of this occupation, because anyone who remembers their basic science classes can tell you that water and electricity are not the best combination. And best you not be afraid of heights, because you’ll be spending much of your life dangling from power poles, suspended by a harness coveted by dominatrix the world over, one safety strap away from an unhappy landing. 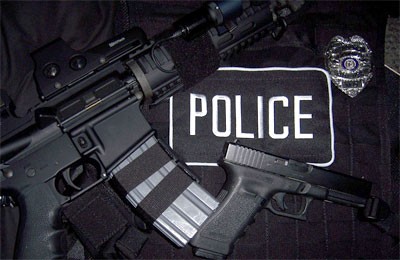 It makes perfect sense that a career that pits you against devious villains and gun wielding ganstas would make the list of most dangerous jobs. It’s only logical that the men and women standing between us and lawless anarchy are more likely to die than the guy peddling french fries at the local drive thru.

What is surprising is why this career is dangerous. It’s not the bullets or the bad guys that bring down the most law officers, it’s the public. More specifically it’s the public with a license to drive. Police officers spend much of their time in cars and vans on patrol. Just like the transport and delivery drivers mentioned earlier in this list, the hours logged behind the wheel makes them statistically more likely to be caught in an involuntary deceleration maneuver. Add to that high speed chases, ticket stops, directing traffic and other tasks that require them to stand in the path of Joe Public during Friday night rush-hour with nothing more than a reflective vest and a flashlight to save them, and you have the reason why police officers die from bad drivers far more often than they do from guns. 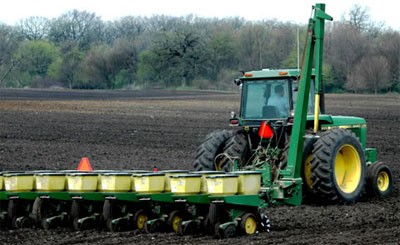 Farming. The word conjures up cheerful images of haystacks, silos and weathered old men up early to listen to crop reports; praying for rain to come down and the price of pork bellies to go up.

The reality is that those adorable livestock are vectors for a number of ailments, including anthrax and avian flu. The pesticides used to keep our future salad pest free can cause cancer, and those shiny tractors are John Deere green painted murder machines. Tractors alone cause approximately 300 fatalities each year, and a great many more injuries. Stephen King may think terror comes in the shape of a laundry folding machine, but any farmer will tell you, it’s the tractors that you have to watch out for. 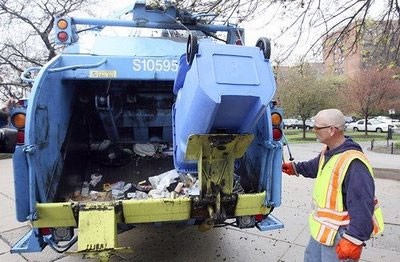 Daily exposure to society’s refuse cannot be good for mind, body or soul, but every day there are those that heft, handle and sort everything we don’t want anymore. Contaminants, contagions and various hazardous materials are all part of the daily routine, and strains, cuts and diseases are an ever present risk.

Despite the dangers, it is not these that claim the majority of lives in this polluted profession. Once again it is the lack of skill of other drivers that moves this career into the list of deadly professions. The vast majority of fatalities among collectors are caused by fast driven cars with slow witted drivers at the wheel. 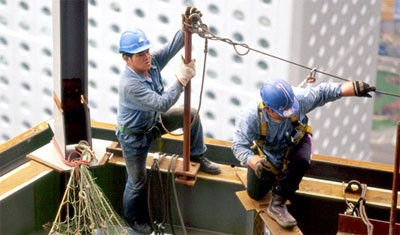 Working on the “high steel” is not for the faint of heart. Oh sure, the views are fantastic and you belong to one of the few groups that society allows to catcall and whistle at a pretty girl without slapping you with a sexual harassment suit, but its got its down side.

When your job entails building the structures that will one day by bridges and skyscrapers, you don’t get such job perks as walls, floors or air conditioning. What you do get is the thrill of spending each day tethered to a tower of iron and steel, riveting, welding, and manhandling massive hunks of steel into place while trying to avoid falling off. The combination of heavy steel being moved, high winds, potentially bad weather and a marked lack of flooring makes this job one of the most dangerous in the world, with nearly three quarters of all deaths in this field coming from falls. 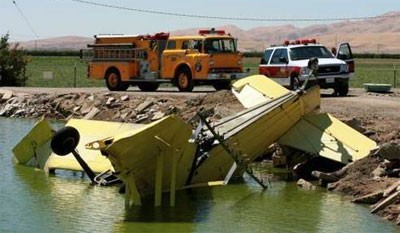 Now before anyone screams and swears they will never fly again, let me clarify the reason that pilots and flight engineers rank so high on this list. It’s not that 747’s have been dropping out of the sky and no one told you; it’s that the vast majority of airplane related deaths arise from bush pilots, crop dusters and other small scale aircraft having what is referred to in the industry as a “controlled flight into terrain”. 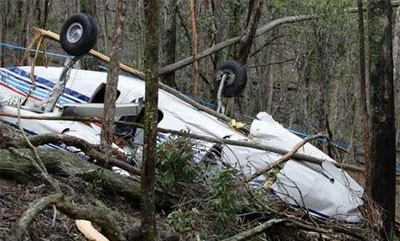 In most cases, it is pilot error brought on by fatigue or a moment’s distraction that causes perfectly good aircraft to leave the sky and bury themselves into the sides of mountains, fields and other bits of terra-firma. In Alaska, where there is an abundance of both mountains and bush pilots, pilots have a 1-8 chance of dying during a 30 year career. 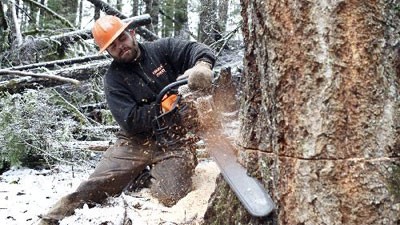 What do you get when you mix men, chainsaws and a stretch of prime timber? Sawdust, testosterone and ludicrous levels of risk. Logging is ranked one of the three most dangerous professions in the world, combining the worst traits of many others on this list. Usually done in remote regions, this means your commute involves traversing steep, unpaved logging roads populated with speeding trucks weighed down with tonnes of trees bound for processing.

The actual logging part involves scaling trees, hacking of branches with a chainsaw while tethered to the tree by a rope and a hope. The most common cause of death out for loggers doesn’t come from being flattened by a truck or falling out of a tree though, it comes from being hit by falling objects. Tree limbs the size of Christmas trees, tree tops that fall the wrong way, and equipment dropped by a fellow logger all make the list of things that might just fall out of the clear blue sky and wreck a lumberjack’s day. 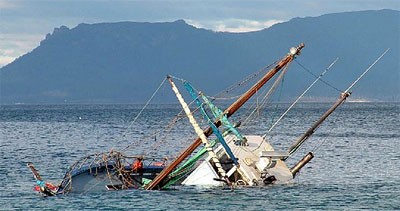 The top spot in this grisly count down goes to those who sail the oceans to feed our need for seafood and fish sticks. Isolation, unpredictable weather and rigging that can crush a hand or drag a man overboard in seconds make even the most mundane of tasks a calculated risk.

The most common death for fisherman is drowning, either after falling overboard or having the entire boat capsize, leaving you at the mercy of the ocean and its inhabitants, some of which you were just trying to capture and stuff in the ships hold.

Crab fishing on the Bering Sea is the most deadly of all, harvesting crustaceans out of the icy depths while trying to avoid hypothermia and preventing ice from forming thick enough to capsize even the largest vessel. Vicious storms, an expanding ice pack and 24 hour days spent in the race to fill the holds in the 3-4 week season.

LJ Bee answered
This, of course, isn't done anymore (at least, not in countries that have eliminated slavery, cruel dictatorships and the like), but many leaders and royal figures from times of old, used to have "tasters." These were the people who tasted the food of the king, queen, emperor or other leader first, to be sure it wasn't poisoned.

Of course, if it was, that was the end of that taster's career, eh? How would you like to hold that position?