How Do You Handle A Bad Boss?

Mary Frederick answered
There is no legitimate reason, for your boss to be a "bad boss". If, you are a teenager, the first thing you should do is tell your parents exactly what is going on. Tell them what your boss has said to you, if you boss has touched you inappropriately, or even spoken to you rudely using inappropriate words/"bad words." Do not be embarrassed to tell your parents exactly what is happening: How, when, where, how many times and any other information, which will help your parents determine the next step. 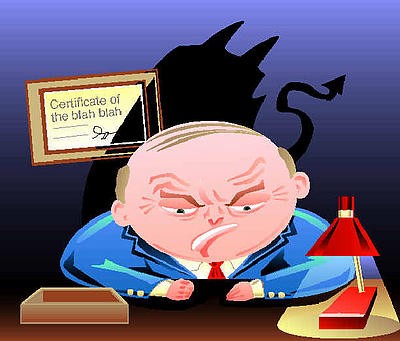 The laws for employment of teenagers are very specific and bosses who break the laws, regarding treatment of teenagers will be punished severely for "treating teenagers badly". So, go talk with your parents and do not go to work again until you have talked with them and received guidance from them.

If, you are an adult, there are similar steps for you to follow depending upon what "bad boss" means in your situation. If, you mean the boss is rude, approves of nothing you do, yells at you, there is not a lot you can do except change jobs. If, you mean the boss is demanding and expects work completed on time and well done, when it is not, he/she gets angry, yells, swears, etc., I would have to say to this boss: Your display of anger is not appreciated and it certainly is not necessary. I am asking you to refrain from this type behavior. Such treatment of employees is breaking the law and I would hate to turn you in for this, but I will, if it does not stop.

A lot of times bosses just do not realize how insensitive, rude, crude and unattractive their behavior can become. The shock effect of you "talking back" sometimes wakes them up to reality. 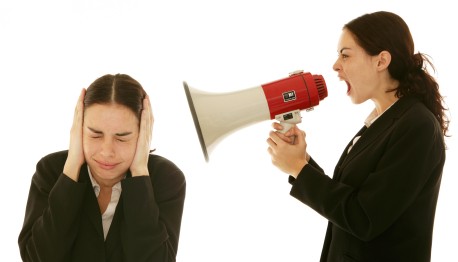 If, there are specific words and actions, which could be considered sexual harassment/discrimination, you should report this to the appropriate authorities. If, you work where there is someone in authority above your boss or a Human Resource department, then you go to either of these offices and file a formal complaint. Document exactly what your boss said or did, the times, dates, and name of anyone who may be a witness.

Bosses can be real jerks sometimes and there is a big difference between a "jerk boss and a bad boss". Some bosses just are too young, too inexperienced and lacking in life skills to be a good boss. The job goes to their head and they just do not know how to treat people. Sometimes in these cases, we can change the attitudes of bosses with kindness and good example by practicing good people skills. Sometimes a "bad boss" is a "bad person" and we need to find a new job ASAP! Good luck with your situation!

Anonymous answered
I don't have a great answer-my boss is completely out of touch-she is extremely moody (bi-polar perhaps) and will go off the handle for absolutely nothing, making it up as she goes along-she is a horror in so many other ways and is clearly not cut out for a position in which she directs others-funny that she treats everyone she deals with the same way, from vendors to unaffiliated employees-unless they are perceived to be superior in position by her of course.  In addition to that, she constantly switches direction on Everything (creative projects generally), even going to far as to take a nearly complete project that has already cost the company thousands in development, decide she doesn't like the direction (after 3 months of approvals and back and forth) and then hand the entire thing over to an even more costly agency-of course when that's done she doesn't like that either and generally winds up going back to the original, or worse yet-not doing it at all-I can safely say that more than half of my projects go in this direction-so much more related stuff-but that would take forever, on top of that shes not qualified and lied about her past positions-which were completely unrelated and much lower on the food chain that she professed to get the job (and still keeps the facade up of course) --My only recourse is to wait it out and hope beyond hope that someone notices her pattern, lack of production and extreme costs and gets wise to it, thus finding someone qualified who would actually do their job and save millions annually. Sure wish I had a better answer-in the interim, since no one else is that closely associated with her dept (its pretty much stand alone)-I'm hoping to take my talents elsewhere and interview every chance I get-very frustrating working for a poser who is also a princess, spends like theres no end to her charge account and treats everyone else like dirt because she feels she can.

suman kumar answered
In what terms are you saying a "Bad Boss". Is it your opinion or general opinion. A boss behaves bad according to the situation he is in. A boss can't be called Bad outright without knowing the reason.

Anonymous answered
Every one loves to know that he is right. Just tell him that when ever he is mad at you